Residential Assisted Living: A Perfect Storm on the Horizon?

Home > Residential Assisted Living: A Perfect Storm on the Horizon?

Over the 10 years that I have been in residential assisted living, its been true that the majority of assisted living home owners and managers in Arizona are operating their businesses with a dedication to quality care and regulatory compliance. But my fear is that we now may have a perfect storm brewing that may present serious problems for the assisted living home industry in the future.

Elements of the Storm

We all know about the coming wave of increased elderly population. “Silver Tsunami” is almost a cliché now, heavily used in marketing many products and services in elder care. Nevertheless, this wave of elderly people needing services and assisted living care is indeed coming. It’s one element of the storm we can’t change, but perhaps we should understand it better.

Research by Insured Retirement Institute found “Only 55% of Baby Boomers have some retirement savings and, of those, 28% have less than $100,000. Thus, approximately half of retirees are, or will be, living off of their Social Security benefits”. This will lead to an increased number of residents with limited resources being cared for in residential assisted living homes. These challenging financial conditions will impact difficult decisions made by a growing number of assisted living homes who must balance a quality assisted living service with business viability.

Traditionally, assisted living home operators have come from the healthcare industry. They often are caregivers or nurses who have developed an expertise in elder care services and chose to take the next step by opening a residential care home. But recently there has been a shift in the source of new assisted living home owners.

Over the past few years we have seen our cottage industry fundamentally change and experience substantial growth with the entry of people who are motivated by the financial opportunity they see or have marketed to them. Now companies, large and small, are capitalizing by offering this “lucrative real estate opportunity” to the masses. The realities and importance of providing experienced, quality care services for residents are often not emphasized as critical to the success of the business. Real estate investors are often a target for this marketing and we see them entering the industry routinely. Im afraid this trend will grow and contribute to an increased number of assisted living homes operated by inexperienced owners and managers.

A cornerstone of Governor Ducey’s governmental policy is de-regulation. We have seen Arizona Boards revise rules and regulations, including the NCIA Board reducing the number of hours for certified caregivers to 62 hours. The Governor’s focus has been the reduction of regulation and fostering business growth. I am not advocating for an increase in regulation. What does concern me, however, is the effectiveness and vigilance of our state regulatory agencies in the enforcement of existing rules and protection of the consumer. Inevitably, we have had and may possibly have more “bad apples” in residential assisted living. How effective are regulatory agencies in policing these operators? And how effective will they be in the future when there undoubtedly more of them?

First rumblings of the Storm?

My worry is that these last two trends in the assisted living business environment will contribute to a decreased quality of care presented by our assisted living homes in Arizona.

This past year there have been two high profile cases involving criminal indictments of assisted living home personnel by an Arizona grand jury. Is there anything to be learned? How did our regulatory agencies respond? Lets take a look.

In February, a resident of an assisted living home was taken to a Nogales hospital after suffering a fall injury. Hospital staff noted severe pressure ulcers on the man’s feet. The Attorney General’s office stated “According to the doctors, the wounds occurred over a period of time, and should have been observed had the caregivers been checking or caring for the resident’s feet.” In addition, “Doctors determined the wounds to the resident’s feet were full thickness necrosis, consistent with chronic dry gangrene.”

Adult Protective Services investigated along with Arizona Attorney General’s Office Heath Care Fraud and Abuse Section. The assisted living home manager was indicted on four counts of Vulnerable Adult Abuse on the 29th of May, 2019. This indictment was announced on World Elder Abuse Day by the Attorney General’s office.

It also appears a complaint was filed and a DHS inspection was conducted of the facility in April. The inspection results stated that 3 allegations were unsubstantiated and there were no deficiencies cited. There is little public information about the facts of this case, but what little there is suggests it would not be difficult for Arizona DHS to investigate and substantiate violations by the facility or assisted living manager.

Here’s the kicker. As of this date, and after NO investigation by the NCIA Board, the assisted living manager who was indicted is STILL holding a valid Assisted Living Managers License. I understand that there needs to be due process for the accused, but wouldn’t an investigation be appropriate? Wouldn’t a license suspension pending criminal proceedings be reasonable? After all, there is a reason that licensed healthcare professionals have a Duty to Report when arrested for certain crimes such as Vulnerable Adult Abuse.

In August of 2018 a resident died at a residential assisted living home in Chandler, AZ. The air conditioning system had failed and was not operational for two days. The Chandler Police Department investigated and found temperatures were 100 degrees inside the home. An autopsy determined that environmental heat exposure was a contributing cause of death.

The couple operating the home were each indicted by a grand jury on one count of Vulnerable Adult Abuse on the 12th of August 2019.

In this case, the AG press release refers to the couple as “managers”, however, there is no record in the eLicensing database of either holding an assisted living manager license. Arizona DHS conducted an investigation in December of 2018 into a complaint filed on August 27th, 2018 and substantiated one of two allegations and yet cited NO deficiencies. There was also compliance inspection performed on August 27th and eleven deficiencies were cited, including one for Environmental Standards. This citation, due to improper refrigerator temperatures, was enforced by Arizona DHS in October of 2018. This enforcement was referred to the NCIA board for investigation. The board voted to NOT open a complaint investigation into the assisted living home’s manager in December 2018. The facility was closed in August of 2019 when indictments were issued and I have not seen any indications of an investigation by the NCIA Board regarding a manager for this facility since then.

Despite headlines regarding this case, it’s unclear who, if anyone, was the licensed manager at the time of this event. The are two possibilities are-

(1) there was no assisted living manager assigned to the facility, in which case there should have been visibility by DHS at the complaint inspection or

(2) there was a manager assigned and there should have been investigatory action by the NCIA Board.

What is clear is the NCIA Board’s process for tracking and updating assisted living managers’ assigned to facilities is antiquated. Also, this information should be public and easily available. Shouldn’t consumers have a right to know who is accountable and managing the care for their loved one residing in a prospective assisted living home? More importantly, shouldn’t they have the means to easily verify it with the responsible governmental agency? This information process can easily be improved with digital tools and published online for public access.  This would allow real time accuracy and transparency to the public.

The NCIA board routinely votes to not investigate complaints. Based on these examples, it seems possible that they may be not be fully coordinated with other agencies involved in protecting the elderly. They only meet once a month and seem limited in their ability to keep pace with the growth of the industry.

Those of us that operate great care homes, who prioritize resident well being and compliance, may not be concerned about these issues, but we should be.

I hope I’m wrong and there is no storm, I really do. But if it comes, we will all have to deal with its impact. 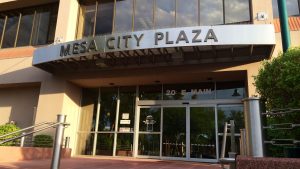 City of Mesa – See How Safety and Compassion Can Coexist 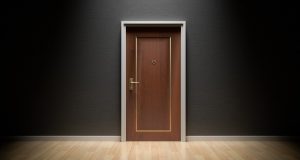 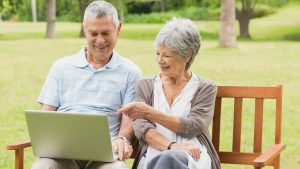 The Holy Trinity of Digital Marketing for Assisted Living Homes

I love Cajun food. If you are a fan of it like I am, you

Send Us A Message

ALHS has more than 10 years of experience and has licensed dozens of residential assisted living homes in Arizona. We mentor our clients for success in senior care services.

Subscribe our newsletter to get our latest update & news